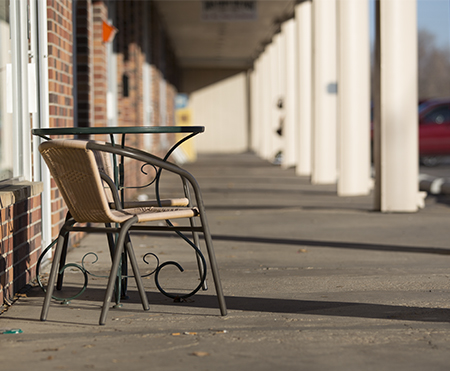 And welcome back to the Mondayest Monday of the year. EDIT: Solved!

Lincoln is coming off a couple huge local projects, now that the Antelope Valley Project and Arena are finished. That raises the question: what's next? In terms of big, sexy projects I hope the South (and East!) Beltway get underway sooner rather than later. But there are larger, less sexy needs we need to take care of as well. We have a bunch of existing infrastructure around town that needs to be taken care of. Fortunately, Mayor Beutler has announced plans to tackle a bunch of extra sidewalk and roads projects in 2014, and he will announce an even larger plan in the spring. Now although I have a hunch the latter could come with extra tax dollars attached, 2014's projects are "free" in the sense that the money is already covered. That's great news for those Lincolnites who have been putting up with rumbly streets and crumbly sidewalks. Now if I could just get City leaders to back the idea of city-wide fiber to the home. Anybody?
I get that there are good reasons why LPS should not hold a special election in February in order to ask voters to approve a $153 million bond issue. February isn't a great month for an election. It's an unusual time to vote, and the weather is likely to be lousy. There are perfectly good reasons to raise an eyebrow at the idea. Still, I have to laugh at LIBA's objection to the plan. LIBA, the organization always lambasting LPS for spending too much money, is now complaining that the district is trying to save a million bucks. One wonders if it's even possible for LPS to do anything right in LIBA's eyes. As long as the vote is done by mail, I'm all in favor. I have scanned the research literature on the issue and, although conclusions about the value of mail-in voting remain a little fuzzy, some consistent trends do appear. First, mail-in voting generates turnouts at least as high as traditional voting. Typically the rates are higher but that hasn't been universal. Second, mail-in voting doesn't appear to affect local elections -- such as the one proposed by LPS -- any differently than larger elections. And third, regardless of turnout, the ratio of voters on either side of an issue does not appear to be significantly impacted by mail-in balloting. On the other hand, I can't support a traditional election in February. The odds of foul weather messing with the vote are simply too high. What's your take on this? Should the vote be held in February or May? Why?

Well this is unexpected. LPS could actually save money -- some $900,000 -- by holding a special election in February rather than waiting until May to ask voters to say yea or nay to the latest bond issue. The savings would come entirely from the timing. An earlier vote means an earlier start on construction, which in turn means that projects wouldn't have to be rushed and require expensive overtime. The major downside to a February vote is that you risk turnout problems due to foul weather. That issue could be mitigated somewhat by holding a mail-in election rather than a traditional one. I'm not sure what that would do to the demographics of the voters, or in turn what effect that would have on the likelihood of passage. Overall, a February election sounds like a winner. I would love to hear arguments to the contrary, though.
The bad news is that all the money spent to improve the 14th and Superior intersection wound up producing something far less effective than what was planned. The good news is that accidents are down since the City neutered the notorious intersection. Hopefully a solution can be found that keeps the intersection flowing at its maximum designed rate, while at the same time the accident rate drops to something much closer to all the other roundabouts in town. Until then, I wonder if the disaster at 14th and Superior will harm other traffic control efforts around the city. For example, consider the area of 14th, Old Cheney, and Warlick. The proposals that have come in for that area are all a little wacky by necessity. Will Lincolnites be less eager to accept one of those solutions because they've become gun shy thanks to the fiasco on the other side of town? And don't forget about the "diverging diamond" on Northwest 48th Street. That's another project that could get drivers in a twist. Maybe we should just be like one of those towns that has removed traffic control devices altogether. That couldn't possibly go wrong.

I was surprised to read this headline this morning, which suggested that Mayor Chris Beutler may run for a third term. In a political landscape littered with term limits, I assumed Lincoln's mayor was limited to eight years. Apparently not. If Beutler chooses to run again he'd be an oddity; no Lincoln mayor has served more than two terms. It's still plenty early, but I suppose now's as good a time as any to start thinking about whether or not Chris Beutler should hang around a while longer, or whether any mayor should stick around for 12 years (or more). Generally speaking I'm not a big term limits fan, so a third term doesn't bother me. If Beutler has done a good job and if he has plans that resonate with the community, let the man keep doing his thing. Those are a couple import "ifs". I may be reading the community wrong, but I think most Lincolnites would give him a grade of B or better for his job so far. History may or may not be so kind after we figure out how well the Arena and West Haymarket do. What do you think about Beutler serving a third term? Should any mayor have that many years in office? Has Beutler earned it?
I want to give a hearty shout-out to The Missus for helping to launch a new "Safe Families" initiative in Lincoln this past weekend. It's a joint effort of many groups and individuals, including Lincoln Berean Church, Christian Heritage, Nebraska HHS, KVC, and others. So what is it? In short, it's an attempt to prevent kids from making their way into the foster care system. Struggling bio families can voluntarily relinquish their children to host families who act similarly to foster families. Since it is voluntary, the relationship between bio family and host family is far more collaborative than in a traditional foster care scenario. Simultaneously, a parent mentor works with the bio family to help them get their issues -- whatever they may be -- straightened out. For example, if a bio parent has a drug problem, the mentor would help ensure the parent goes to rehab and takes appropriate parenting classes. The goal is to get the family back on their feet without having to burden the child welfare system. The whole system is a win for everyone. Bio families don't get dragged through the nastiness of the child welfare system. The child welfare system can focus its resources on more serious cases, leaving "edge" cases alone and therefore saving money. The support organizations get to do what they do well, and do so with more autonomy and creativity than is possible within the child welfare system. And there's plenty of accountability for everyone thanks to plenty of training, contracts, and so on. The Missus has been working hard on this stuff for a long time. It's fantastic to see the effort finally launch. And best of all, there's a tremendous amount of momentum from a wide variety of stakeholders. Unlike the disaster that was Governor Heineman's effort at "child welfare reform", this push may actually help kids and families. I'm very excited to see how this all matures over the next few years. 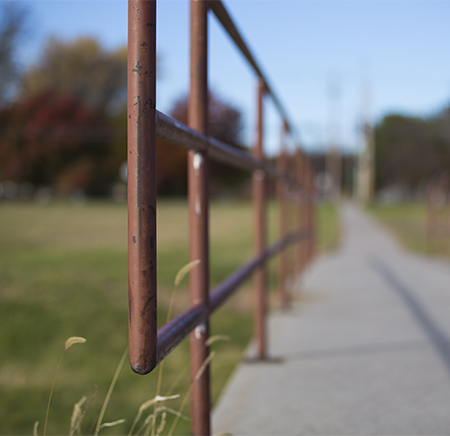 With all this talk about the Pinnacle Bank Arena, I haven't heard much hullabaloo about this season's Lied Center performances. When I looked at the lineup recently two events immediately caught my eye. The first is Canadian Brass Christmas. I was a huge Canadian Brass fan back in my trumpet playing days. In fact, they inspired the creation of my brass quintet, Brassworks. Tickets range from $28 to $42, which isn't bad. The second show that got my attention is Bela Fleck and Abigail Washburn with the Del McCoury Band. Bela Fleck is a fantastic musician and banjoist. I was first introduced to him back in high school when he performed at the KU Jazz Festival with The Flecktones. Back then I probably listened to Sinister Minister 20 times a week. Tickets for that show range from $25 - $45. Do you have your eyes on any shows this season?
There are tiny signs of progress as 21st and N after the City Council approved a redevelopment agreement there, including $4.7 million in TIF. There's still a long way to go before the first shovels are turned and nails are driven, but it's a good sign. And for once it seems like TIF is being used somewhat appropriately. That's a nice change. It'll be interesting to watch and see how long it takes this project to come to fruition. It'd be great if major visible work begins in 2014. My fingers are crossed.

Now that ethanol has taken over many of the "regular" unleaded pumps around town, I've been on the lookout for gas stations that carry ethanol-free options. It appears that Super C has fuel without ethanol, and recently I learned that Casey's does as well. (Casey's has the bonus of being a participant in Hy-Vee's Fuel Saver program.) Thank goodness. I'm not a big ethanol fan. I haven't done any recent comparisons, but historically my vehicle's fuel efficiency would drop as much as 10% when using an ethanol blend. That's no good, and it comes on top of all of ethanol's other problems. I'd rather do without it, thankyouverymuch. So for now I'm a solid Casey's and/or Super C customer. If any other stations have ethanol-free options, let me know and I'll add them to my list.
Eight days ago the Journal Star ran an article describing the stresses that will be placed on Lincoln's high schools over the next several years as average enrollment in each school crosses 2,000 students. The obvious conclusion is that we're getting very close to the point at which we as a community need to start thinking about a new high school. The need isn't necessarily immediate, but it's clearly looming. Or not. In today's paper [article not yet online], LPS officials are quoted as saying that we're in the clear for the next 5 to 7 years. Well, not really -- it's just that there are other, more pressing needs in that timeframe. It certainly makes sense to prioritize needs, and right now elementary and middle schools are the greater need. But relative to those schools, high schools are a Pretty Big Deal. I can't help but feel like some of the relevant conversations should get going sooner rather than later. Heck, maybe even set a goal opening date to help give the timeline a bit of shape. I'm very curious where LPS will wind up putting the new high school, and what it will be called. This, after all, could be the school that ends the compass-based naming scheme we've relied on for so long. Unless we're going to call it Lincoln More Southeaster. My vote is for Cheney High School, since there's a very good chance it'll wind up in that area. Or we could solve some of the funding issues with Pinnacle Bank High School. The Pinnacle Bank Tellers has a nice ring to it...
< 1 2 3 4 5 >  Last ›