For no reason in particular I've written a couple dorky poems on Twitter this week. I figured I may as well share them with you. This morning, Jack&June experienced a small kitchen fire. After I found out that everybody was safe and the damage was minimal, I wrote:

Jack&June Is currently strewn With the remnants of a morning fire. One call to the station And the conflagration Was quickly forced to expire.

I was trying to do a riff on the classic Jack and Jill rhyme. I'll let you be the judge of my success. Yesterday, a tweet by Fletch about the long line outside Tastee and the effects that dining there can have on one's digestive system inspired these lines that'll make Poe roll in his grave:

In Lincoln on 48th Street Sits a place of memories neat Serving sandwiches of loose meat From opposite the driver's door. As you snarf and slurp and nibble At the greasy sloppy kibble Your colon hints of coming dribble And you declare: Nevermore.

Publishers are calling me 24/7 trying to sign me to a book deal.
I changed the server running this site today as part of the overdue-but-not-forgotten site update process. There will probably be hiccups, because I also updated ExpressionEngine from version 1.6.1 to 2.7.3. Those of you who know EE know that's a big jump, and it's likely to come with problems. Please let me know if you see any oddities.
Here's your friendly reminder that Deena Winter and I are organizing a meet-up for lunch tomorrow at Jack & June in the Railyard. Come join us at noon! You don't have to RSVP, but if you do it'll help ensure a seat at our table. See you then!
Forgive this slip from Lincoln-related news, but I have to mention this. Cortland is about to lose its water tower that has stood over the tiny town for 80 years. It will be replaced by a new tower under construction on the other side of town. As odd as it may sound, the Cortland water tower is special to me. My grandparents lived in Cortland for decades, and my mom and her brothers were born there. Our family spent a lot of time at my grandparents' house, whether celebrating a holiday or just to say hi. The old water tower, which sits on the north edge of town along Highway 77, was how we kids recognized that the loooooong drive (20 whole minutes!) was almost over. Even our dog Jodi knew to look out for the water tower; she would sit quietly until the tower was in sight, at which point she would begin to whine and dance around the car. My grandparents and Jodi are long gone, but that water tower brings a smile to my face every time I see it. Its absence will represent the loss of a symbol attached to many happy memories for me and my family. I'd better make the short drive down Highway 77 to lock in the sight of that tower one last time.
You've got to feel for Donald Arena. The guy goes to a bunch of trouble to fix up his business, only to find out really late in the process that the City screwed up and didn't tell him about all of the requirements the project would need to meet. The City is trying to ensure the goof doesn't happen again, but in the mean time Arena is stuck. He may be forced to install windows which he then has to cover up -- an expensive and silly requirement. Arena is appealing his case, but it's not clear that he stands a chance. Any sympathy the City Council may have felt toward his situation will likely fly out the window thanks to the nature of his business. The Foxy (formerly Foxy Lady) isn't the most family-friendly establishment in town. And you can bet that somebody will play the "ignorance of the law is no defense" card. Never mind that a City that doesn't know its own laws doesn't deserve to have those laws enforced. Ultimately, folks doing construction Downtown will be faced with even more requirements, paperwork, and bureaucratic hassle than before. Hopefully the City ensures that even with the extra steps, the process proceeds smoothly. The last thing we want to do is push all but the most determined and flush-with-cash developers out of the area. 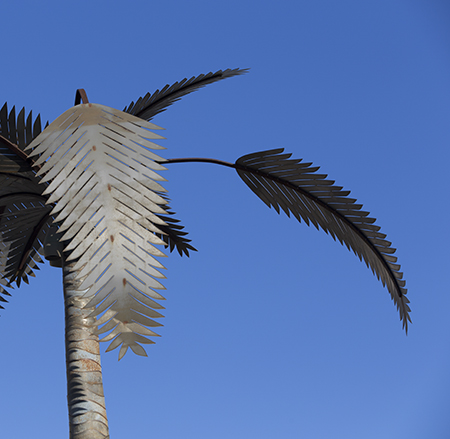 Come join Deena Winter and me for lunch and conversation next Friday, December 20 at noon at Jack & June in The Railyard. Everybody is invited so come on down and bring your friends, family, and co-workers. RSVP'ing isn't required, but if you are pretty sure you're going to come, please let me know (either via a comment on this post or via Twitter) so we can have some seats reserved. See you then!
Folks. The day may finally be here. I've longed for it. Begged for it, even. Over ten long years I've waited. And next week it may actually happen. Oso Burrito might offer a breakfast burrito special next week. I love Oso and I love breakfast burritos. You can imagine my feelings about the merger of the two. I'll keep you posted if I find out the details, but it sounded like Tuesday would probably be the big day. You can bet your bippy I'll be there.
Whole Foods has finally opened. I can't help but feel like there's a huge segment of Lincoln's population which, when asked about big events in 2013, will recall this day while completely forgetting that whole arena thing.
File this under Completely Unsurprising News: On Sunday I noticed that Qilin looked awfully vacant. Sure enough, Grow Lincoln has confirmed (Facebook link) that it's closed for good. I more or less predicted as much in my review back in March. Among other problems, the location was suspect and the space was far too large. Twas a classic case of small restaurateurs biting off more than they could chew. Too bad; I could really go for a bowl of the carmelized pork and eggs right about now. Along with Qilin we also recently lost Skeeter Barnes, for reasons that aren't totally clear. A manager told The Missus that they had lost their lease. Another source of mine suggested that wasn't true. All I know is The Missus won't be getting their white chicken chili any time soon, and I'll definitely miss their pork, brisket, and ribs. Also gone: the Applebee's Downtown. I'm definitely not one to mourn the demise of an Applebee's except that I do have one fond memory of that place. I ate there with The Missus (when she was still The Girlfriend) and my parents on the evening of December 8, 2001. In addition to being the night of the Cornhusker Marching Band's post-season Highlights Concert, it was also the evening that Eric Crouch was awarded the Heisman Trophy. The place was packed, but it was dead silent (and still) as the announcement was about to be made. When they said Crouch's name the place erupted. On the other side of things, apparently Tanner's Bar & Grill is open at 30th and Yankee Hill. Mr. @TasteOfLincoln says the wings are incredible. I haven't had a chance to get there (or to about a dozen other restaurants I need to try) just yet. I'm still having a difficult time wrapping my head around the idea that there's development south of Yankee Hill Road. My behind-the-times brain still remembers when the Applebee's opening south of Old Cheney was a huge deal. My how things have changed. 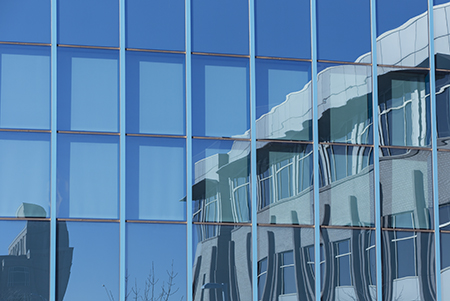 Seventeen years ago tomorrow The Missus and I had our first date. We went out for lunch after marching in the Star City Holiday Parade. Alas, the parade is now dead, a victim of changing times and lacking funds. So what can a person find to do in Lincoln this weekend? Whole Foods fans can get a jump start on next Wednesday's grand opening by hanging out at the store's block party tomorrow in the parking lot (brrr!) and enjoying "chili, chowder, and cheer". Lunch is available for a suggested donation of $5, with proceeds benefiting Food Bank of Lincoln. Christmas trees ($50) and wreaths ($10) will also be available, as will a s'mores station. On the sports side of things, don't miss the Husker volleyball team as they compete in the first round of the NCAA playoffs. Somehow Coach Cook has taken a young, inexperienced team and turned them into a contender. Keep an eye on these ladies, this year and beyond. What other suggestions do you have for activities this weekend?
Jack Mitchell has started a public spreadsheet to document the best holiday lights displays around town. It's an on-your-honor sort of thing, so don't be That Guy. Note that there are separate sheets for each quadrant of the city. Jack hasn't defined the quadrants yet; I've asked him to do that. Often 27th and O or 48th and O are used as the centerpoint for these sorts of things. Please contribute! Jack's car vs. building collision spreadsheet has worked out really well, so here's hoping that this spreadsheet takes off, too.
Based on the fact that Lincoln has seen three gang-related murders this year, you'd think Lincoln has a serious problem with gang-related crime. Not exactly, says Public Safety Director Tom Casady. Gang-related crime is, in fact, in the midst of a downward trend, driven largely by a sharp dip in vandalism. The murders are problematic, yes, but they don't necessarily correlate with a larger pattern. That's a relief. Sort of. Casady suggests there's a relatively easy way to address gang-related crime and youth crime in general. Simply keep kids occupied with more productive activities. His emphasis is on early childhood educational opportunities but I would expand that quite a bit to include kids of all ages and activities from sports to music to jobs. There are several good programs out there already, many (most? all?) of which do a very good job. But we could do better, reaching more kids in a wider variety of ways. Regardless, Casady's core point is right on: distracted kids are far less likely to commit crime.
It's not the long-awaited-but-still-distant Breslow Ice Center, but the new Railyard ice rink is a small step in that direction for ice skating enthusiasts in Lincoln. Please, nobody tell my wife and kids or I'll never get them out of there. The Railyard Rink offers free admission, but if you need to rent skates that'll cost you $6 for kids under 12, or $9 for folks 12 and up. If you plan to go more than once, you might want to check out your friendly neighborhood used sporting goods store for some skates.
< 1 2 3 4 >  Last ›